A minimum wage is the lowest remuneration that employers may legally pay to workers or it is the price floor below which workers may not sell their labour.

The concept of minimum wages first evolved with reference to remuneration of workers in those industries where the level of wages was substantially low as compared to the wages for similar types of labour in other industries.

As far back as 1928, the International Labour Conference of International Labour Organization, at Geneva, adopted a draft convention on minimum wages requiring the member countries to create and maintain a machinery whereby minimum rates of wages can be fixed for workers employed in industries in which no arrangements exist for the effective regulation of wages and where wages are exceptionally low.

Also, at the Preparatory Asian Regional Labour Conference of International Labour Organisation held at New Delhi in 1947 and then at the 3rd session of the Asian Regional Labour Conference, it was approved that every effort should be made to improve wage standards in industries and occupations in Asian Countries, where they are still low. Thus, the need of a legislation for fixation of minimum wages in India received an impetus after World War II, on account of the necessity of protecting the interest of demobilized personnel seeking employment in industries.

The justification for statutory fixation of minimum wage is obvious. Such provisions which exist in more advanced countries are even necessary in India, where workers’ organizations are yet poorly developed and the workers’ bargaining power is consequently poor.

To provide for machinery for fixing and revision of minimum wages a draft Bill was prepared and discussed at the 7th session of the Indian Labour Conference in November, 1945. Thereupon the Minimum Wages Bill was introduced in the Central Legislative Assembly. The Minimum Wages Bill having been passed by the Legislature received the assent on 15th March, 1948. It came on the Statute Book as the Minimum Wages Act, 1948.

The norms recommended by the Indian Labour Conference, in 1957, fox fixing the minimum wages are: (a) consumption units for one wage earner; (b) minimum food requirements of 2700 calories per average Indian adult; (c) clothing requirements of 72 yards per annum per family; (d) rent corresponding to the minimum area provided for under Government’s Industrial Housing Scheme; and (e) fuel, lighting and other miscellaneous items of expenditure to constitute 20% of the total minimum wage.

In 1991, the Hon’ble Supreme Court delivered a historic judgement and directed that children’s education, medical requirement, minimum recreation including festivals/ceremonies, provision for old age, marriage etc. should further constitute 25% of the minimum wage and be used as a guide in fixation of minimum wage. 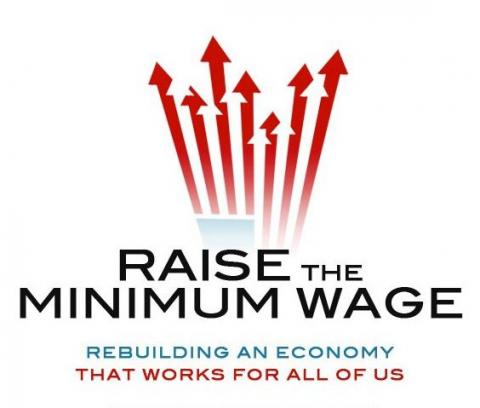 The Central Government revises the wages in the scheduled employments from time to time in accordance with the provisions of the Minimum Wages Act, 1948. Draft Notifications for all the Scheduled Employments in the Central Sphere were issued on 1st September, 2016 simultaneously, in fact for the first time.

The proposed revision in the rates of basic minimum wages would indeed provide much needed solace to the labour fraternity.

Bonus payment is an extra payment given for doing one’s job well also known as  performance-related pay or pay for performance.

The practice of paying bonus in India appears to have originated during First World War when certain textile mills granted 10% of wages as war bonus to their workers in 1917.  In certain cases of industrial disputes demand for payment of bonus was also included.  In 1950, the Full Bench of the Labour Appellate Tribunal evolved a formula for determination of bonus.  A plea was made to raise that formula in 1959.

At the second and third meetings of the eighteenth Session of Standing Labour Committee (G.O.I) held in New Delhi in March/ April 1960, it was agreed that a Commission be appointed to go into the question of bonus and evolve suitable norms.  A Tripartite Commission was set up by the Government of India to consider in a comprehensive manner, the question of payment of bonus based on profits to employees employed in establishments and to make recommendations to the Government.  The Government of India accepted the recommendations of the Commission subject to certain modifications.  To implement these recommendations the Payment of Bonus Act, 1965 was enacted, which came into force on 25-9-1965.

It applies to (i) Every Factory; and (ii) Every other establishment in which 20 or more persons are employed on any day during an accounting year subject to the exemptions under section 32. Every employee shall be entitled to be paid by his employer in an accounting year, bonus, in accordance with the provisions of this Act, provided he has worked in the establishment for not less than thirty working days in that year. While the minimum bonus is 8.33% of the salary or wage earned by the employee during the accounting year, the maximum bonus is 20% of such salary or wage.

The two ceilings are revised from time to time to keep pace with the price rise and increase in the salary structure. At present, the calculation ceiling has been enhanced to Rs.7000 or the minimum wage for the scheduled employment, as fixed by the appropriate Government, whichever is higher and the eligibility limit has been enhanced to Rs.21,000/-.

Due to this revision, additional 55 lakh workers would be benefited.  This would indeed, be a good gesture on the part of the Government towards the labour fraternity.

*Author is Minister of State (Independent Charge) Labour and Employment, Government of India.